The swelling has been going down consistently every day.  He's been trying to scratch and rub his eye when his cone is off.  He's sneaky about it though, so I keep the cone on all the time when he's unsupervised. He's always rubbed his face/mustache on people and things to scratch it, and he's been doing that still and has been trying to do it with his eye wound. 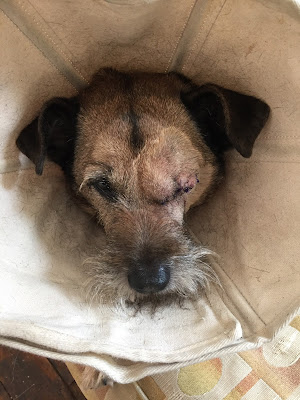 This photo and the next few are from his 5th day post op. 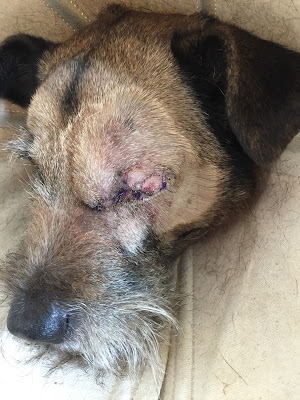 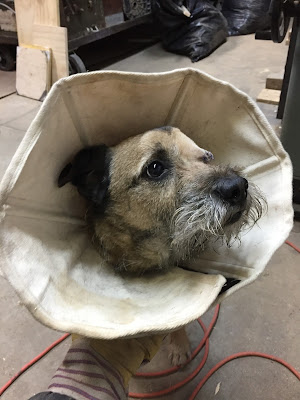 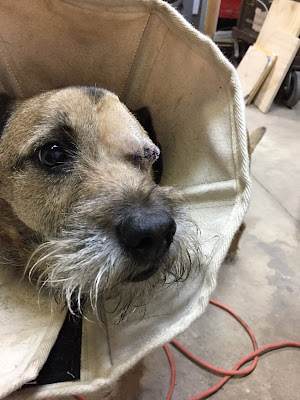 Eye wound is starting to be less "cone-ish". The swelling is going down and its getting closer to his skull. 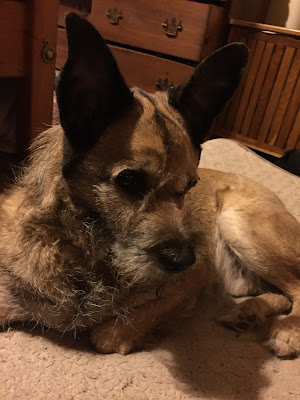 Mason's ears stuck upright after I took off his cone.


On day six the redness in his eye was completely gone.  I stopped by my boyfriend's work and Mason made the rounds and was very happy about seeing his friends.  He was rocket-butting around in the field outside and had a couple good rolls in the grass.  He was feeling gooood. 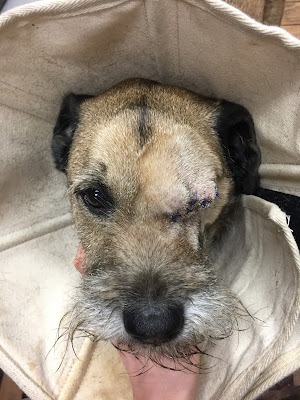 Mason on the 6th day. 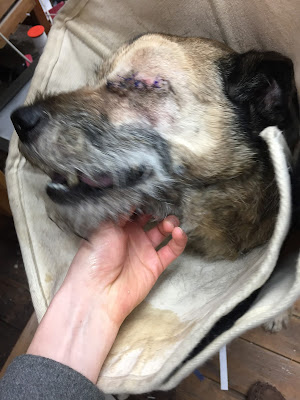 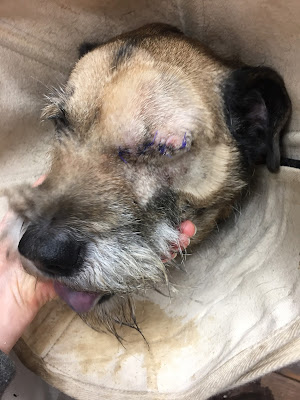 His cone got all wet because he just drank some water. 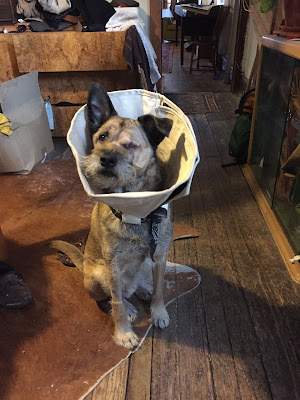 Day 7 was pretty uneventful.  He's still himself and the eye wound continues to heal a little more every day.  He had his first provoked rocket-butt in the house (he only does it when provoked), which is a good sign of him not being in pain. I'm still giving him pain medication because I feel like it's better safe than sorry, but I'm starting to ween him off them now that he's one week out. 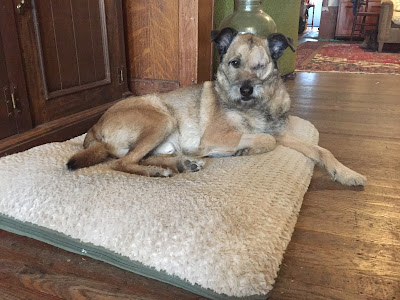 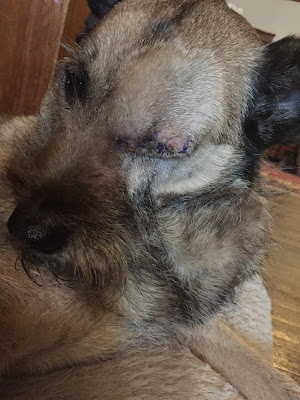 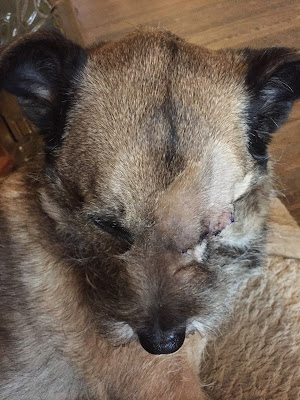