I had an idea for these for a while and I could picture like this in my head before I even started.  I was hesitant to make them because I haven't done any serious xacto knife cutting in a while.  I also was unsure of how difficult it would be to cut thick watercolor paper.  I did a couple practices, and once I was sure they would turn out fine I jumped in and got 'er done. 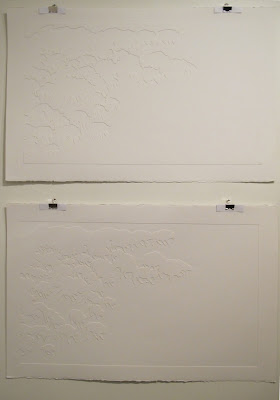 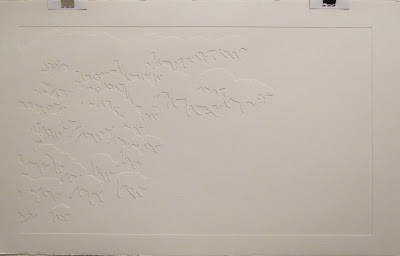 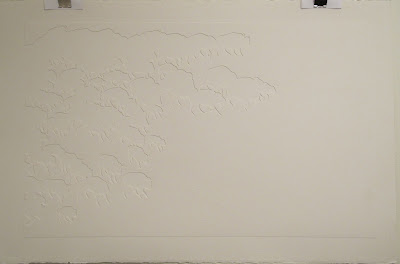 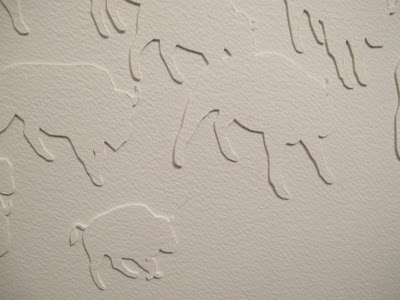 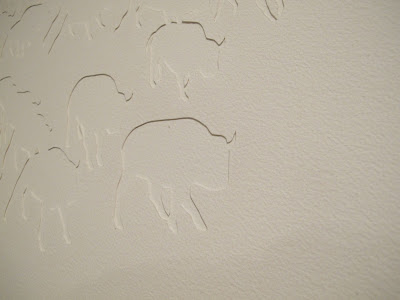 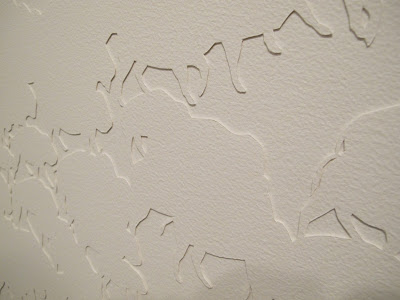 During this process, I discovered Glue Dots, one of the best adhesive inventions on this planet.  They are achival quality double sided sticky dots that come on a roll.  They come in Regular, Mini, and Micro sizes, and I ended up using Regular and Mini in all my recent paper cuts. 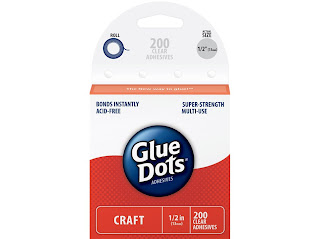 Posted by Unknown at 5:52 AM No comments:

For my show I had to get a total of 9 mats cut.  I called about a dozen places comparing prices and how long it would take and ended up going to Seven Arts Framing and I couldn't have been happier.  I ended up measuring something wrong and getting the incorrect mat size cut, and then either they messed up on cutting one or I messed up on clarifying what I needed cut and they re-cut both mats for free!  I feel like my pack-rat tendencies might have expanded into the digital realm since I felt the need to scan and post this image of the sizes of the frames and art I needed matted.  Maybe I can actually throw the piece of paper away now. 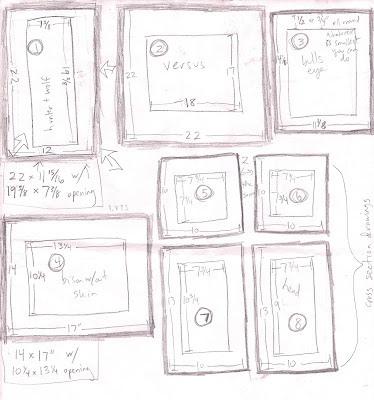 Posted by Unknown at 3:32 PM No comments:

After hopelessly looking for and asking people about my house's stud finder, I gave in and treated myself to this for Christmas:  the magic stud finder.  I somehow got mine new for $6, must've been on ebay.  It really seems like magic compared to the electric kind we had before, that would always stop working if you accidently took it a half a millimeter away from the surface of the wall or would just be beeping and you wouldn't be sure if you found a stud or you found the electrical wiring jackpot.  The magic stud finder works with three really strong magnets that you rub all around the wall and eventually they'll stick to a nail in a stud, and bam, there's your stud!

It's not magic, it's just plain ol' science!  And I'm crazy about it!  No batteries required!
Posted by Unknown at 3:24 PM No comments:

ah, Photoshop.  I know how to do about six different things in photoshop, and I do them over and over again on various different (sometimes not-so-relevant) problems hoping that one of the six will end up working out.  This six-trick pony tried to edit a dark photo on her own, and it wasn't going so well.

Here is the original photo: 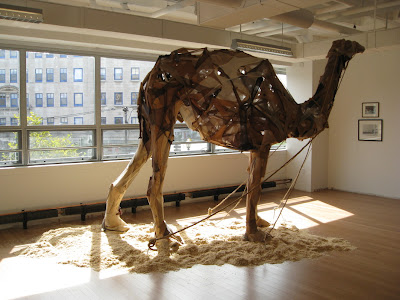 There are a lot of darks, and then that one really bright, washed out spot where the light hits the floor makes things even more complicated.

Here was one of my color correction attempts: 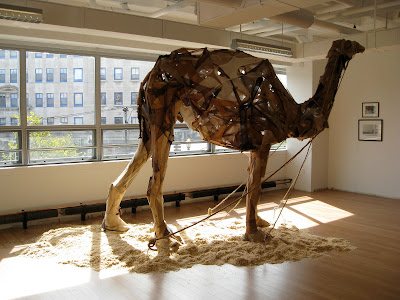 I tried to lighten it, but all it really did was make the colors duller and wash out that bright spot on the floor even more.

And finally, here is the photo my friend Charles Roderick, a professor at Harper College, color edited: 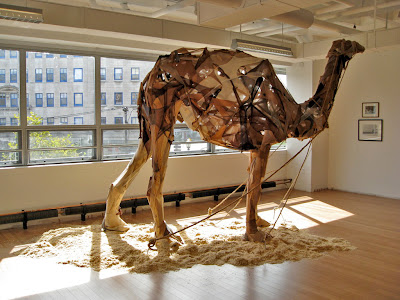 He brought me through all the steps and of course a month later I couldn't remember how he did it at all.  Luckily, I emailed him about it a couple months later and he remembered exactly what he did, and even had a video showing the steps!

Here is that video tutorial: http://vimeo.com/5293279.
It involved going into levels to figure out where the lightest part of your photo is, and then going into curves to actually adjust the colors.

Hope this helps someone else as much as it helped me!

Posted by Unknown at 6:46 AM No comments:

Two weeks ago I set up my first solo show in the McLanahan Gallery at Penn State Altoona in Altoona, PA.  It's a part of the Ivyside Juried Art Exhibitions.  It runs from January 10 - March 3, 2013. I made a few new 2D pieces for the show recently.  Here are some not-the-best photos I took.  I'll take better ones when I go back to the gallery, probably a couple more times.

Here's a link about the show: http://www.altoona.psu.edu/now/news.php?value=4005 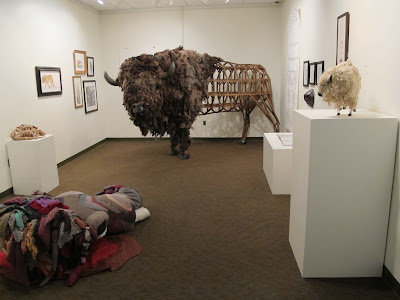 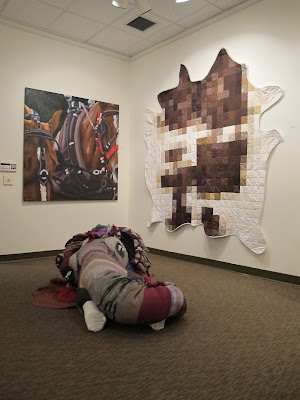 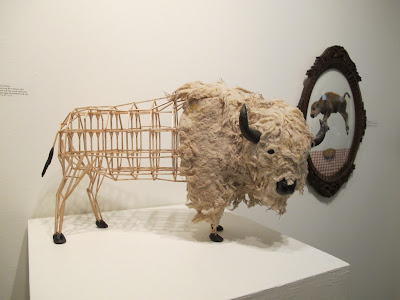 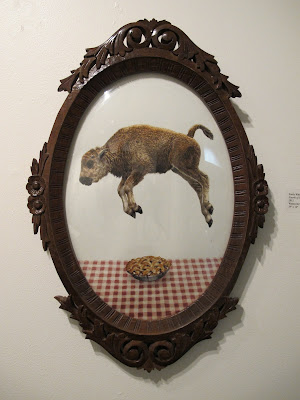 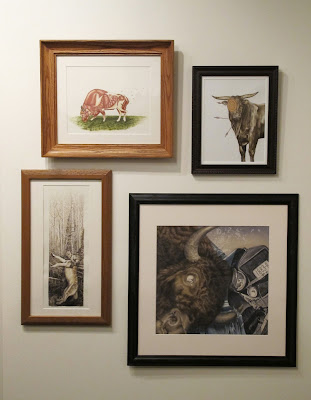 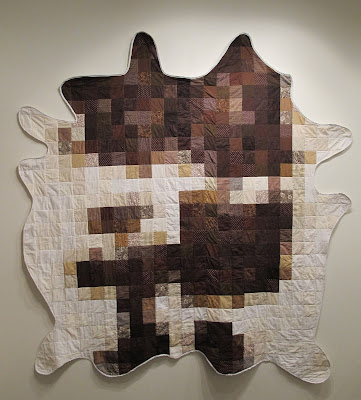 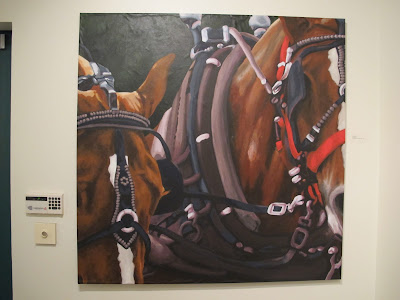 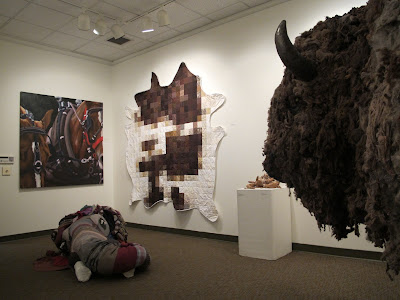 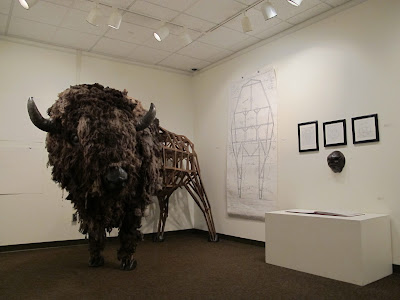 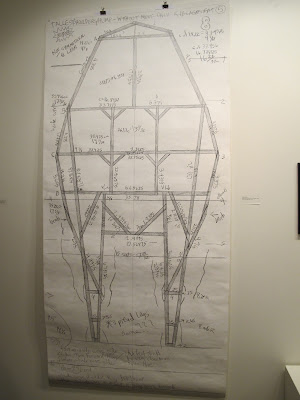 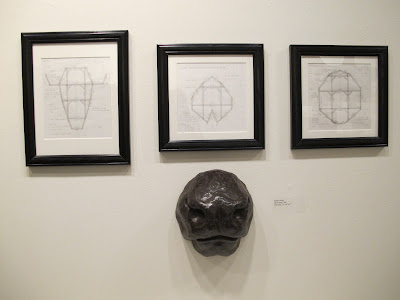 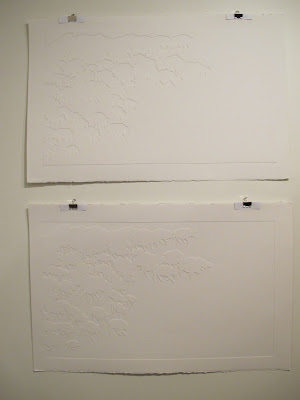 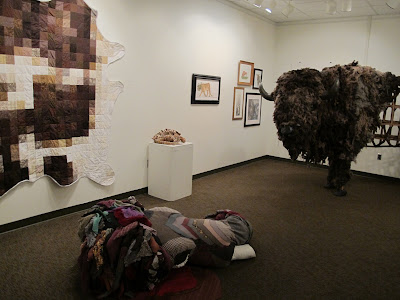 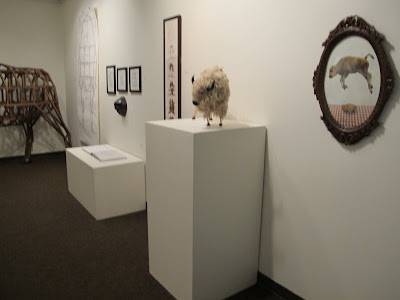 Posted by Unknown at 5:46 AM No comments: