At least a good eight months ago a pinky-swear was made that I would be responsible for putting an American flag on the hood of a baby blue Ford Ranger pick-up truck and the other pinky involved in the deal would be responsible for putting a couch in the back of said pick-up truck and bringing me and others to a drive-in move theater.  Both of these promises were to be accomplished by the end of the summer. The pinky swear fell through and the truck croaked, but I finally sort of did my side of the deal by making a stencil for the back of the Ram Van Ranger-replacement.  Unfortunately all drive-in movie theaters close in September and aren't open again until April so it looks like the other party/pinky is going to have to live in misery until spring and the other half of the deal actually happens. 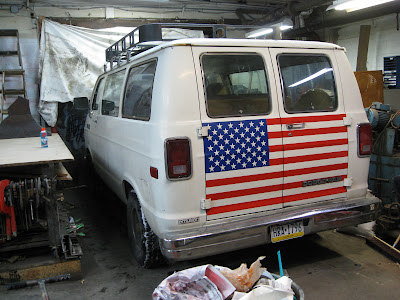 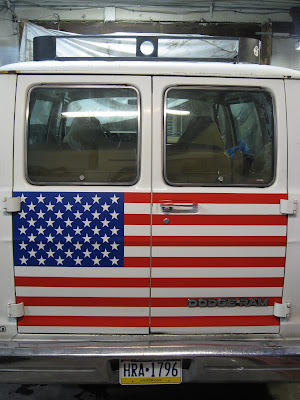 "That's ill" - random guy at a really cheap gas station.
Posted by Unknown at 7:32 AM